Oscar night is just days away, but social media networks are already buzzing about one of television’s most-watched nights. The Academy Awards entice millions of viewers with a night that promises lavish gowns, beautiful celebrities, cinematic celebrations and…social media? Yes, over the past several years social media has become deeply integrated into Hollywood’s biggest night. In fact, social media has become as synonymous with Oscar’s night as the phrase, “what are you wearing?”

It’s not just viewers who gravitate to social media platforms as they watch the ceremony from their living rooms, attendees and red carpet interviewers also take to their social media accounts to post behind-the-scenes glimpses and selfies with other celebrities. In fact, Ellen DeGeneres’ now famous 2014 Oscar selfie generated 3.3 million Retweets and won the title of most retweeted post in 2014. From that moment on, there was no denying that social media had not only inserted itself into live, televised events, but that it was also driving the production of the event itself.

To harness the power of social media amid major pop culture events, Vanity Fair instated the Vanity Fair Social Club in 2014. Partnering with WeWork, the Vanity Fair Social Club or #VFSC brings together prolific bloggers and social media personalities to create and contribute to content around a pop culture event, like the Academy Awards. Since 2014, Vanity Fair has produced a week-long series of events leading up to the Oscars for social media personalities and celebrities to gather, tweet, snap, post and ‘gram. It’s more than just parties and ballgowns, though. Vanity Fair offers their attendees a newsroom-like set-up so that they can still fulfill their publishing responsibilities amid the chaos of the awards. 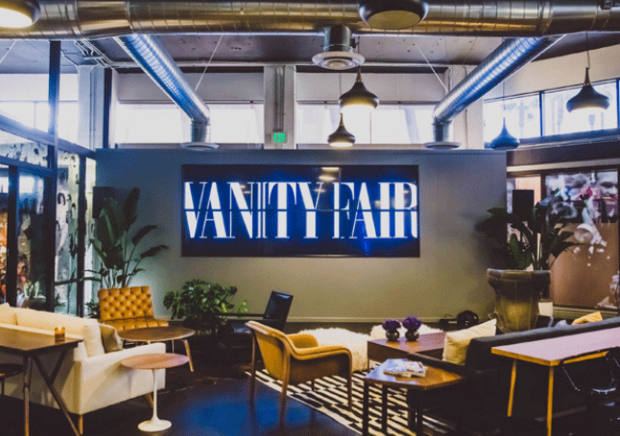 The Vanity Fair social club started as a dedicated Oscars week event, and the success from that initial launch spawned recreations for other awards show and fashion events over the past couple of years. What the Social Club teaches us is that social media and the world of influencer marketing really is a club or community, and should be treated as so. Individual social media entities may be strong separate, but when they are brought together to create, collaborate offer distinct points of views on one particular event, they become even stronger. For instance, the buzz that one prolific social media entity can create around Oscars week events is nothing compared to the flurry of mentions and impressions that many can amass.

Although it can often seem like digital influencers operate in a siloed world because all operate individual accounts and brands, the Vanity Fair Social Club is proof that influencers can and should work in tandem. Aligning with like-minded individuals exposes influencers to new audiences, new ideas and new approaches to social media content creation. As an influencer, creating your own version of a social club provides a foundation of support as you continue to build up your brand, as well as the opportunity to continuously learn new tips and skills for creating engaging, quality and relevant content.